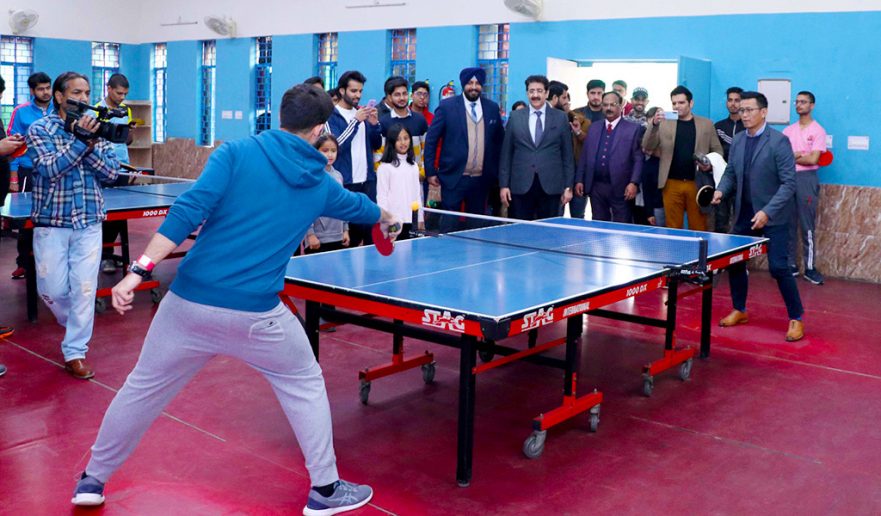 Asian Education Group (AEG)  – which is considered as the largest centre for professional media, IT, law, management, fashion & hospitality education in Asia with world-class facilities– recently organized its much-awaited mega annual inter-college sports meet – ATHLEEMA 2020-Season 8 – on 21st-23rd January 2020 at the sprawling Netaji Subhash Sports Complex, Jasola, New Delhi along with a generous punch of excitement and grandeur. The mega event was much hyped by the glorious presence of the Indian football legend, Mr. Baichung Bhutia as the chief guest for the occasion.

As far as the game of Table Tennis was concerned, it witnessed some top-class performances by students – both boys & girls – that were moments of great thrill for all who watched the games.

In the end, the winners were as follows: